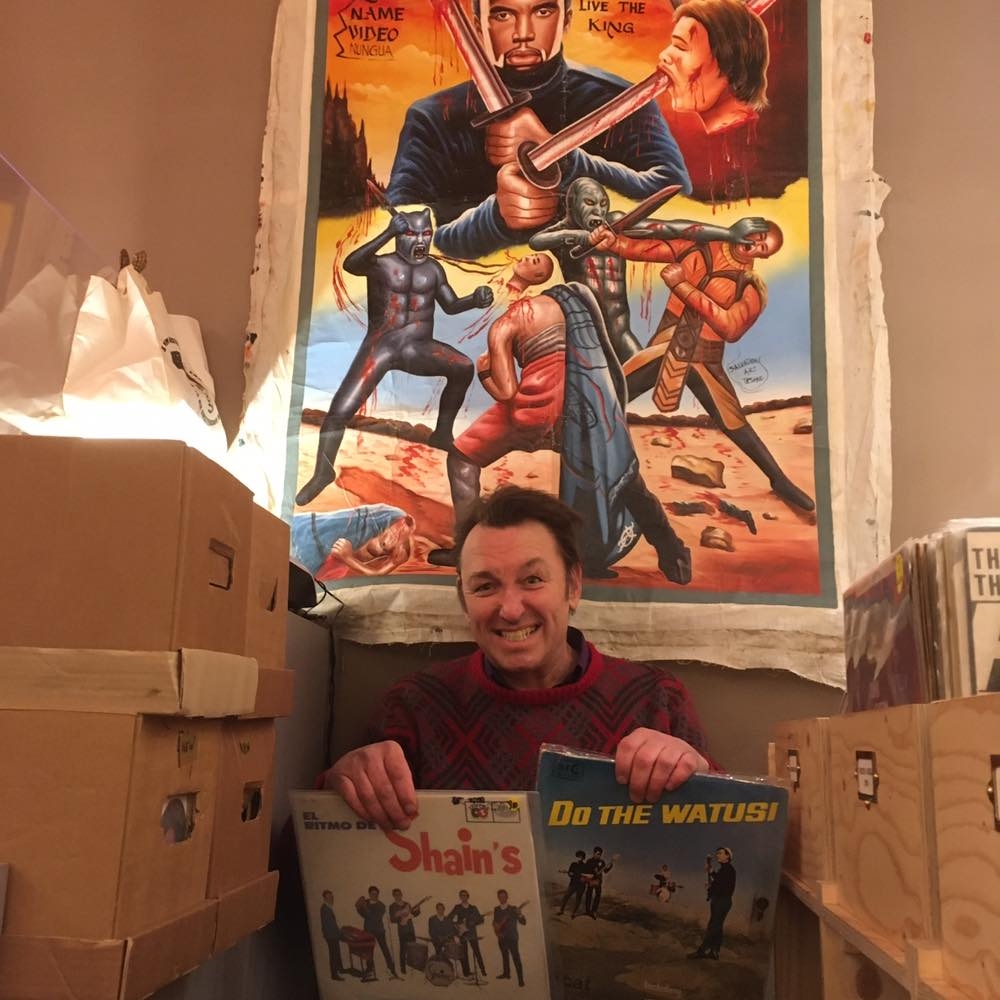 Ghanese movie poster in our Antwerp Grey Vinyl Treasures
Albie Dornauer, our great transglobal Austrian friend, sold me this Ghanese movie poster that now has its bloody place on the wall of the Antwerp store. Its handpainted. As the artist only got the movie title and a photo of the leading actor the rest was up to his imagination. He had a true bloody imagination or just had had a quarrel with his girlfriend... Who knows. Anyway its Rock 'n Roll and really delivers! 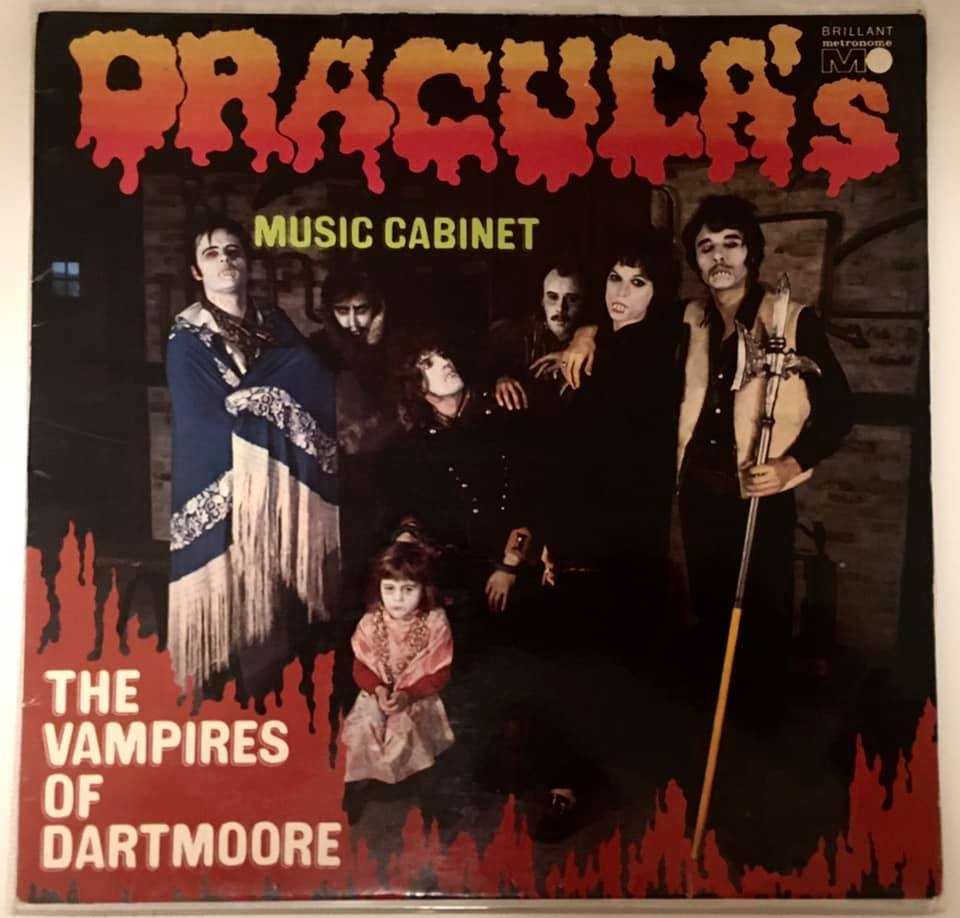 German Horror Exploitation LP's.
German jazz musicians Horst Ackermann & Heribert Thusek made a foray into the mixture of early psychedelic rock and krautrock with humorous approach to the horror genre, evident in the ambient and cinematic sounds of the record. 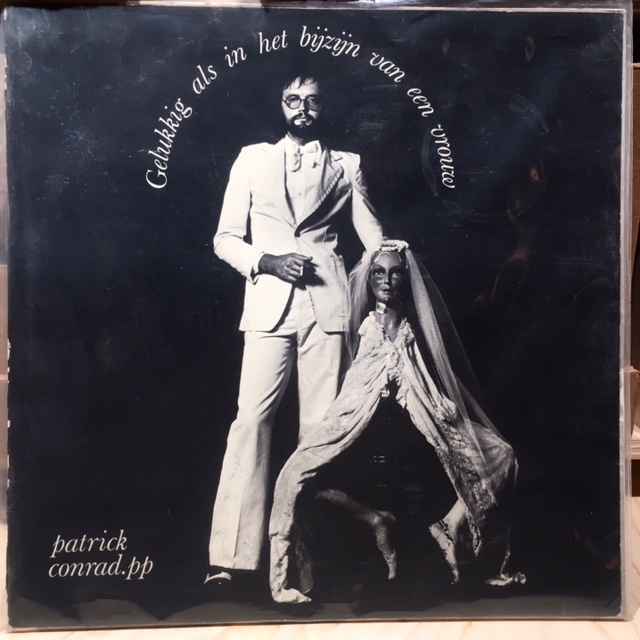 Patrick Conrad Antwerp Counterculture hero
In 1972 Belgian poets Nic van Bruggen and Patrick Conrad founded Pink Poets, a group of mainly artists from Antwerp that shared a love for quality restaurants and alcohol. In 1973 Conrad recorded Gelukkig als in het bijzijn van een vrouw with roots man Roland van Campenhout and two session musicians.
The record is one of the very few psychedelic treasures in Belgium. Pressed on 300 copies and most of them vanished, it became a true collector’s item for psych heads and poetry lovers.

Not only does it represent a crucial period in Conrad’s oeuvre, it is also a truly unique cross media collaboration of its time. We hear Conrad reading his poems through an echo chamber, backed up and interspersed with improvised hippyesque folk and effect experiments. On the cover we see Conrad the dandy posing next to a sculpture by Charles Albert Szukalski, the inside of the gatefold sports the poems against a background of opium smokers. This reissue comes with an elaborate essay on the work and a reproduction of the poster of the live presentation at gallery De Zwarte Panter in Antwerp in the same year.

Only 300 numbered records were made. We now have one for sale in our store in Antwerp. 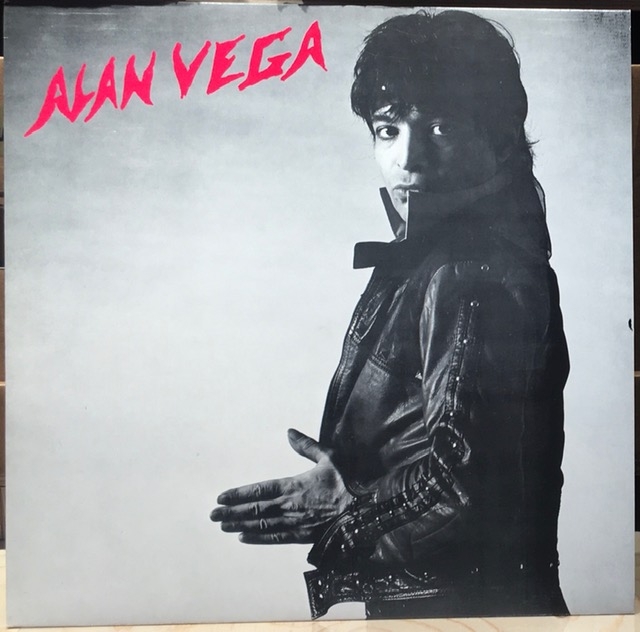 Alan Vega only gets better and better....
Seeing The Stooges perform at the New York State Pavilion in August 1969 was an epiphany for Vega. In 1966, he met and befriended Martin Reverby. Together, the two began experimenting with music and formed the band Suicide along with guitarist Paul Liebgott. The group played twice at MUSEUM before moving on to the OK Harris Gallery. Calling himself ''Nasty Cut'', he used the terms ''Punk Music'' and ''Punk Music Mass'' in flyers to describe their music, which he adopted from an article by Lester Bangs. In 1971 the group dropped Paul Liebgott and added Mari Reverby on drums, though she didn't play in their live performances. With Bermowitz finally settling on Alan Suicide as a working name, they began to play music venues. Suicide went on to perform at the Mercer Arts Center, Max's Kansas City, CBGB and ultimately, achieve international recognition.

In 1980, Vega released his eponymous first solo record. It defined the frantic rockabilly style that he would use in his solo work for the next several years, with the song ''Jukebox Babe'' becoming a hit single in France. In 1985, he released the more commercially viable Just a Million Dreams, but was dropped from his record label after its release. The album originally was set to be produced by Ric Ocasek as a follow-up to the critically acclaimed Saturn Strip (1983), but production switched over to Chris Lord-Alge and Vega ran into several difficulties during the recording sessions. The album eschewed many of Vega's experimental traits in favor of power pop songs and he later lamented, ''They took all my songs and turned them into God knows what.''

Anyway we have his two solo lp's mentioned in the store in NM condition so better grab 'm before they disappear. Alan Vega is a true Grey heroe! 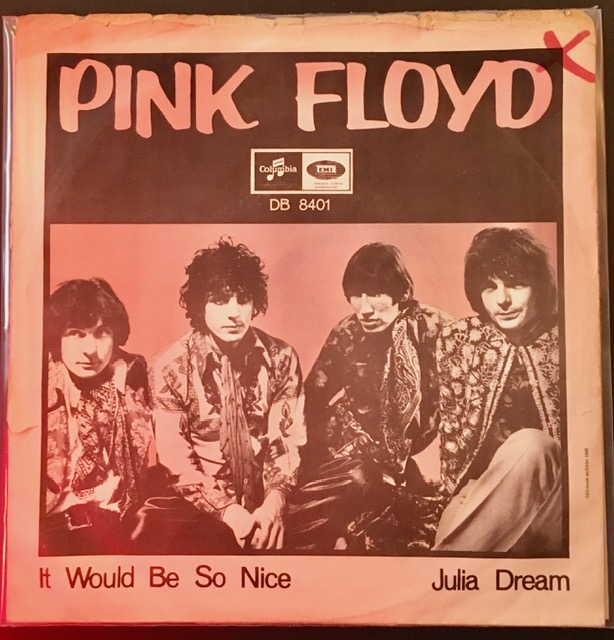 Expensive 45's at Grey Vinyl Treasures Antwerp
The shop always has a large pile of real cool expensive collector items on 45. When you visit us just add and we'll show you. Read more > 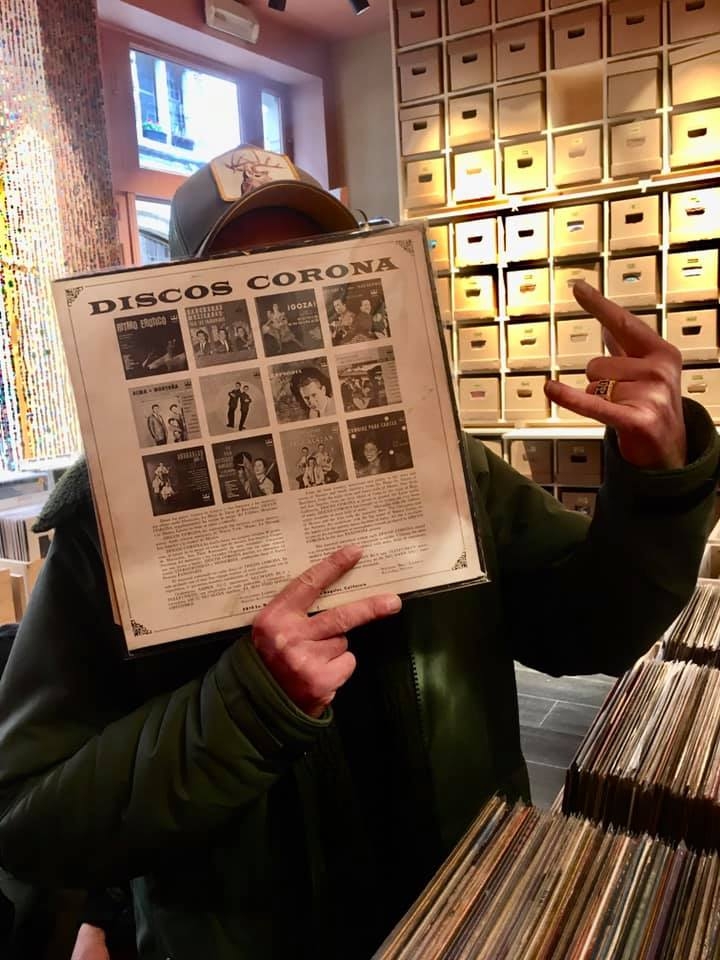 Starting 26 April the borders open again!!!
We are happy to announce the opening of the borders after 26 april. So all you Dutch, German and French and anyone can enter Belgium again off course to visit our store!!!WE will welcome you with a smile on lour faces, open arms and one of the most incredible vinyl collections of Europe on LP and 45. 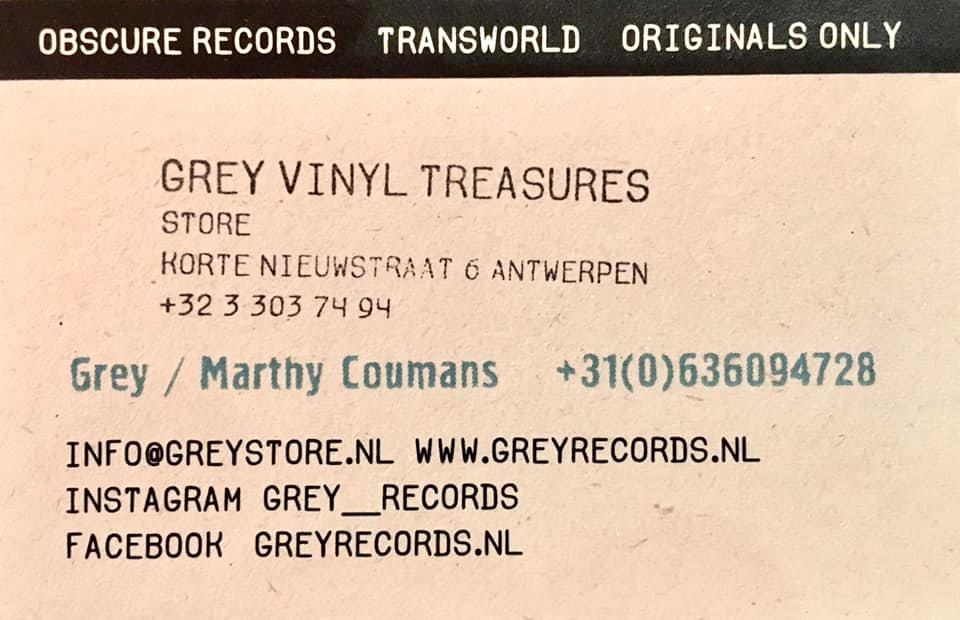 27 March till april 25th new Covid measures in Belgium
Till 25th of april Grey Antwerp will only be open wednesday till saturday. Though you can visit the store when we are there best thing is to let us know in advance cause there is only a limited amount of people (1 plus 1) allowed in the store. You can make a kinda appointment by telephone, facebook, Instagram or email. Further we're still a fantastic collectables treasure cave in the heart of Antwerp. You are all welcome. Be safe and be sound and healthy. Take care!!!

Bollywood and chutney collection New@Grey Antwerpen
New in our Antwerp Store a big collection of Bollywood and chutney lp's. As the Netherlands have a large Hindi community hailing from Surinam, living mostly in the Hague, now and then collections like this pop up. Chutney music is a unique kinda uptempo raga pop crossover that was developed in the Carribean area. The arrangers of the Bollywood movies had totall freedom in arranging and the records here and there have a fantastic disco feel mixed with a more folkish attitude. Very special stuff. Records are in our Antwerp store now!!!!

4000 45 Collection of soul, r&b, disco and funk 45's New@Grey Antwerp
We bought a fantastic collection of soul, funk, r&b 45's from the late 60s till the 70s. Also many Northern soul nuggets. We're currently pricing them and putting them in our store in Antwerp. many cool collectibles absolutely worth a visit when you are in the neighborhood. Don't forget to let us know if and when you want to visit our store. On the pic. you see the boxes filled with 45's in our van. 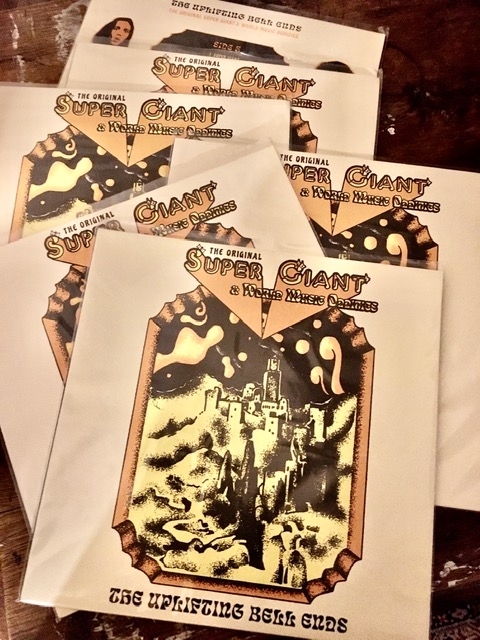 Uplifting Bell Ends a major surprise from Australia. We're fan!!
Some bands just have it. That certain kinda special. When you are into lofi garagey poppy psychy weirdo stuff this is where you must pay attention. This mysterious gang from Melbourne Australia started somewhere like a 10 years ago and till now released 3 LP's in disturbing small quantities. Records are filled with that magic that exists when you let go of rules and the wants of the contemporary audience and just do what you want not caring bout a big career or whatever as long as the music, your art, is sticking close to your heart. Melodies are fantastic, musicians are great, mood is magical. What more to say. Grey obtained a pile of this magical third release but it as sold very fast so... Its up to you freaks to surf down the Earthian fast lane to obtain a vinyl platter that will make you more then happy!!! And don't say we did not tip you off!!!
The VanCooths 'False sense of security'!
The VanCooths, Grey people, family and friends, have a 45 out of US based 'Certified PR' records. here's an original clip featuring Dieke and friends. You can obtain the 45 in our store for only 5 euro's! 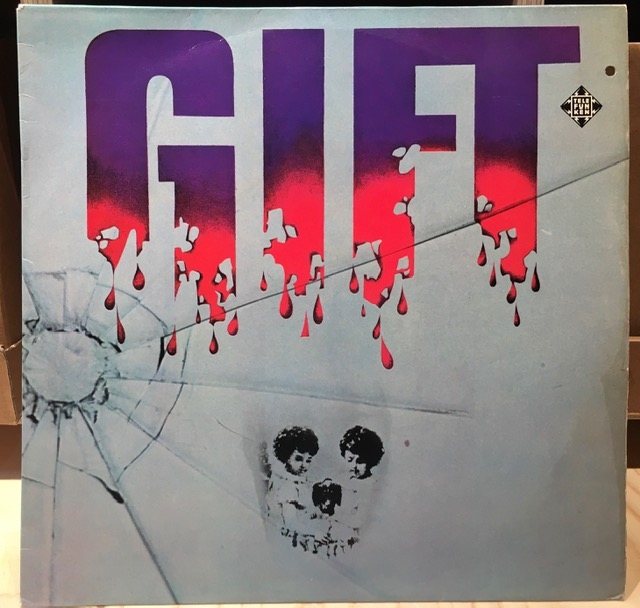 Gift amazing Krautrock rarity New@Grey
When in 1969 in Augsburg Phallus Dei changed its name in 'Gift' it was the start of a breef career till 1974 releasing two Krautrock LP's. This one featured here being the first. Their first album is not a typical Krautrock offer but more British hard rock oriented but with that special German vein which we all love. Strong guitars and gorgeous vocals combined with pleasant melodies make their music and create some great moments. Now for sale is an original copy at our Grey Store!!!
Page1234...6