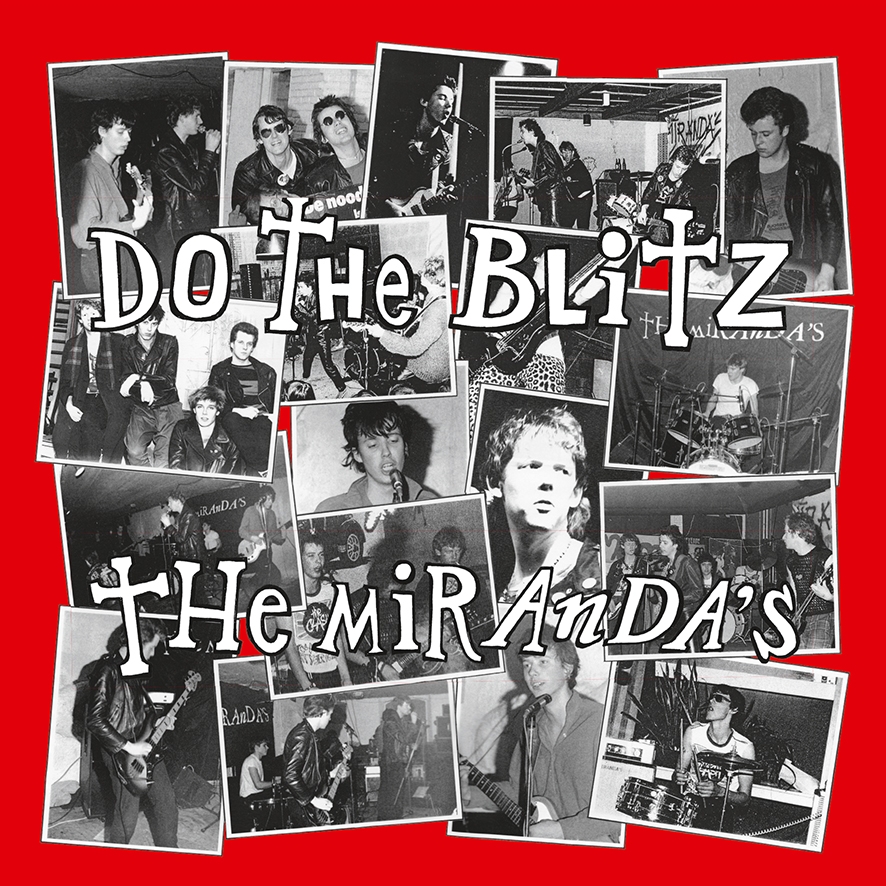 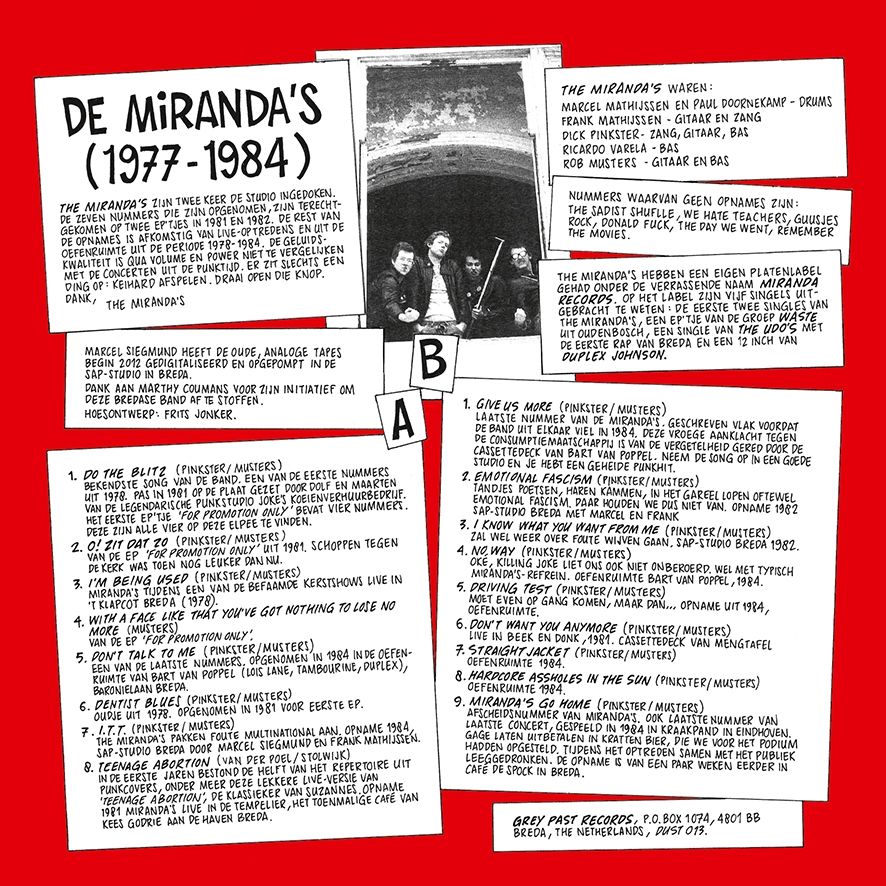 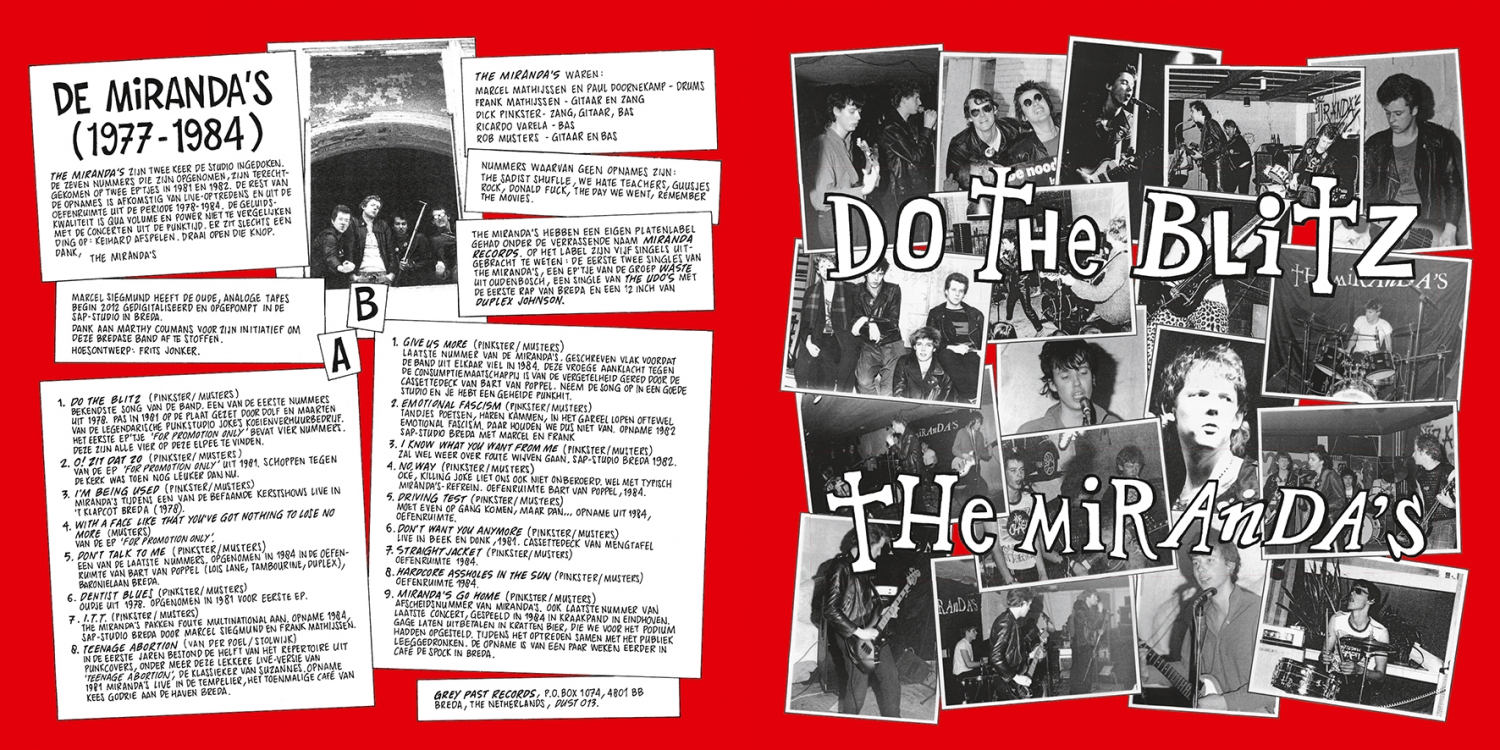 The Mirandas Do the BlitzDutch punk from the upper Southwest

Between 1977 and 1984 this was the leading punk group in the South Western part of the Netherlands. I knew them very well seeing a lot of their gigs and pogoing on 'Do the Blitz' their 'live' hit. They hailed from Breda and were a group of friends going from Rory Gallagher and led Zeppelin to punk visiting London in the late 70s and annoying the conservative people in their hometown Breda with leather jackets and torn clothings. They released two ep's, both to be found here, together with with some outtakes, live tunes and other stuff. Also the band story. Those were the days.
Join Grey
Join our newsletter and stay very tuned!
Please enable javascript to use this contact form.