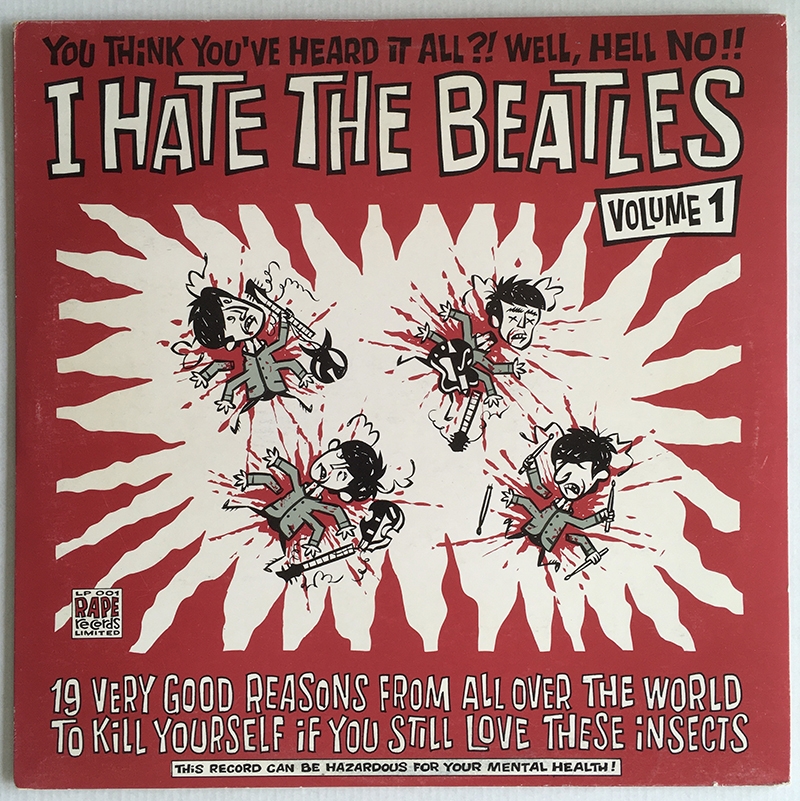 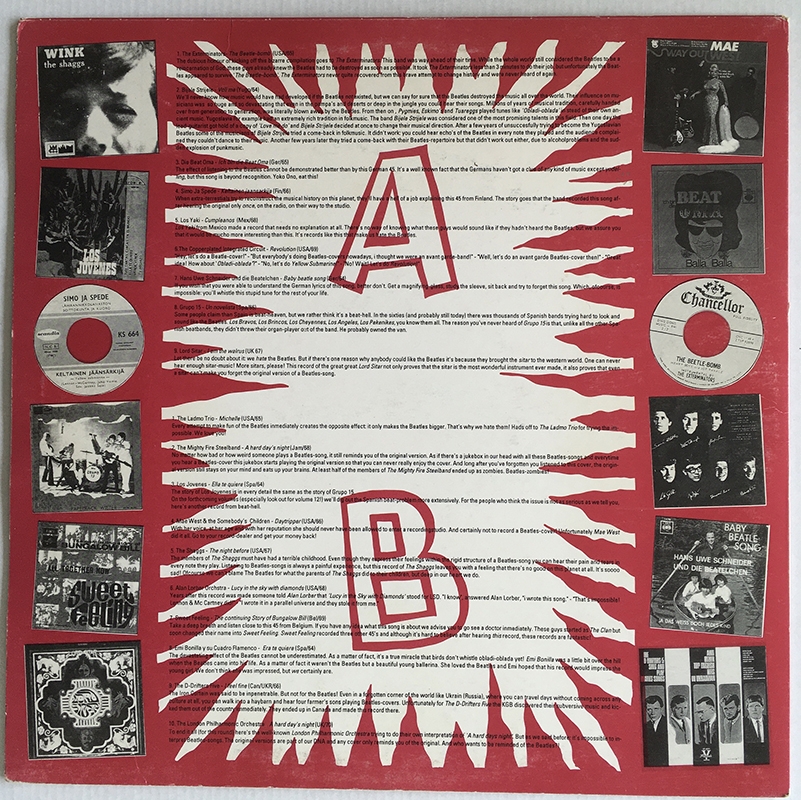 I Hate The Beatles Volume 119 Reasons to hate these fuckin insects!

Is it an insult, a tribute or both???
Read more >
Out of stock
Please enable javascript to use this contact form.

The Beatles were a culture colonising power!

Once there was earth. The old earth. No Internet.. You had your environment and the rest which was most of the planet.  When a cultural force as youth culture entered it all ended. Youth culture took over. That is not so bad but whole rich cultural backgrounds became inferior just like that... Overnight. That's why we hate the Beatles though we love the music. This album, as volume two, compiles all these artists that thought they were doing Beatles covers or tributes but mostly ended up being tastless, weird or a plain insult.The worse the better. It comes with a cool Beatles suicide booklet. What more do you want???
Join Grey
Join our newsletter and stay very tuned!
Please enable javascript to use this contact form.