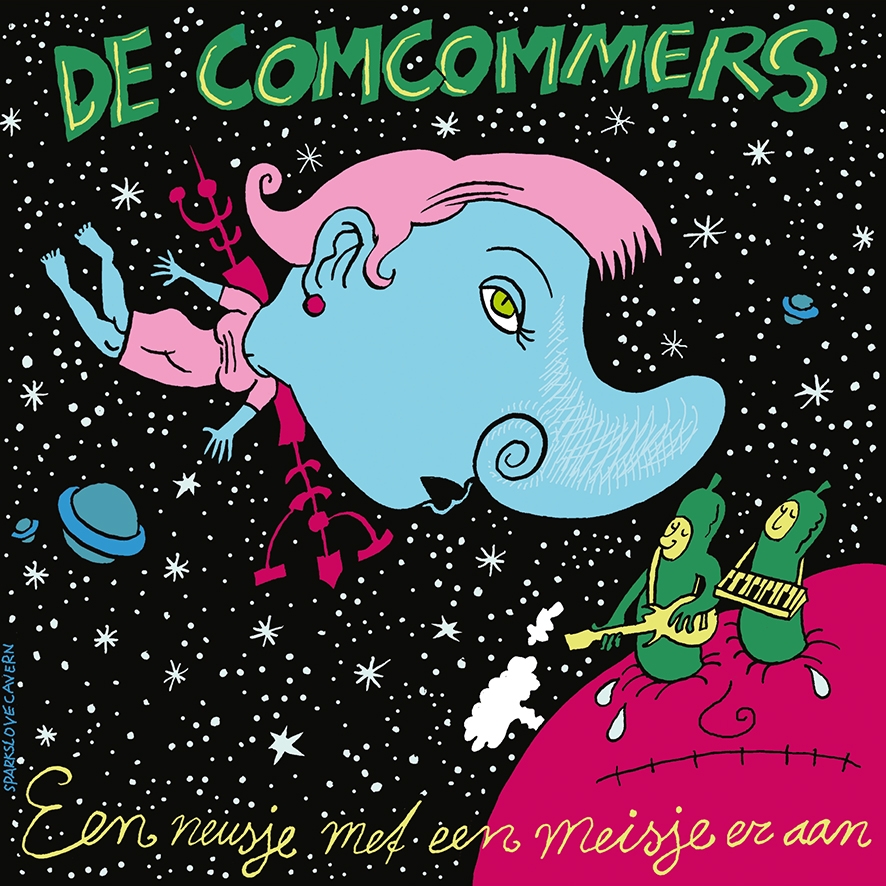 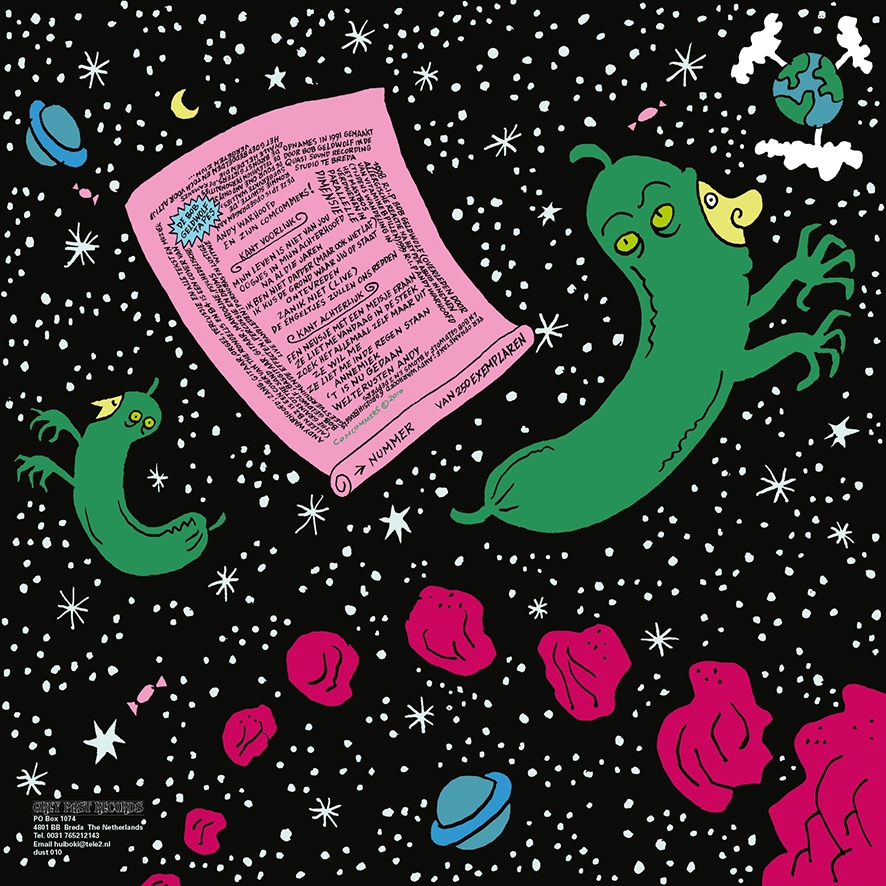 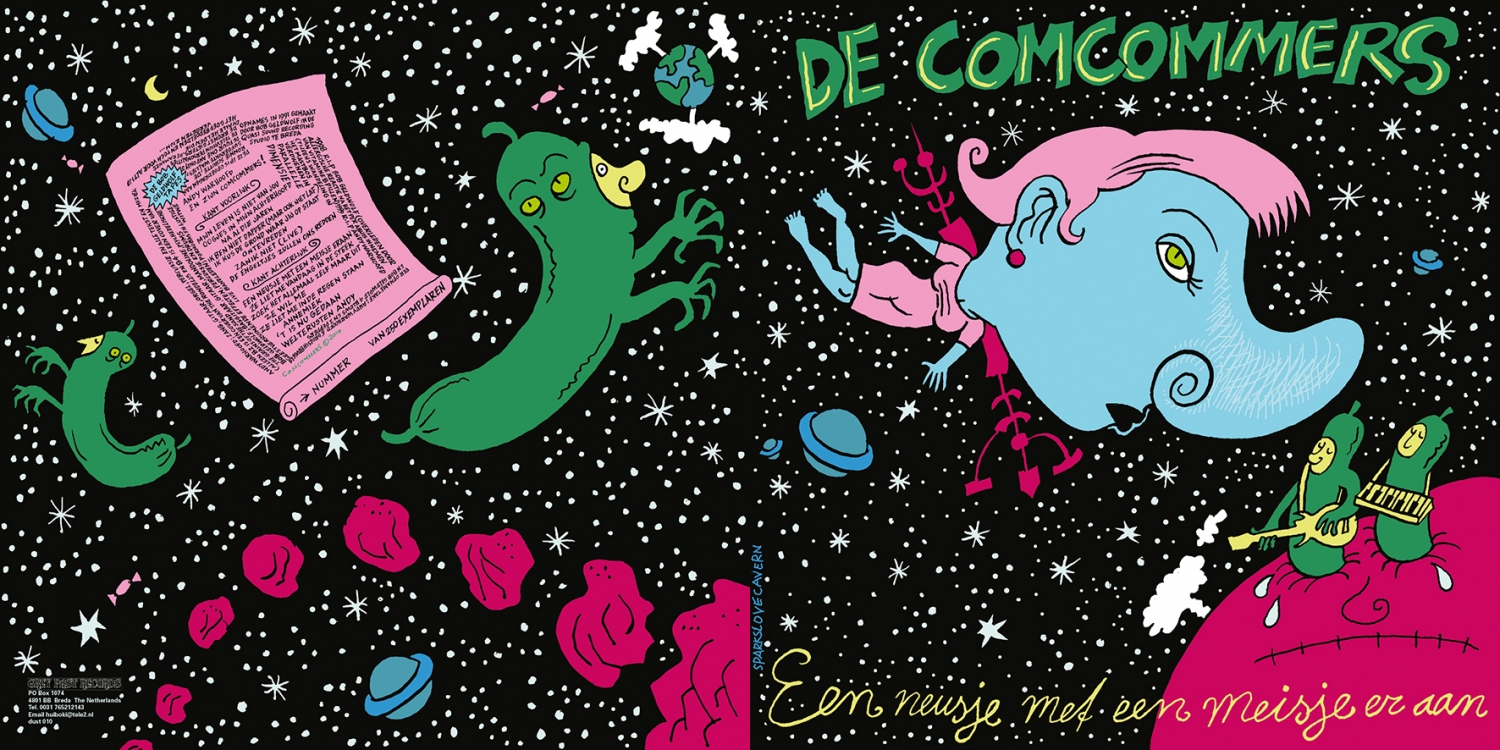 Dutch 60s beat influenced weirdness from another dimension.
Read more >
Out of stock
Please enable javascript to use this contact form.

I am lucky enough to have known Andy Warhoofd.

Andy was a young fellow obsessed by collecting Dutch languaged 60s beat, rock and psych 45's. It was only a matter of time until he would try to create something similar himself. Together with his mate Bob Geldwolf he spent half a year all wednesdays to eventually create this album. It was recorded with the ping pong technique on a very small 4-track recorder in an also very small room in a flat at the 8th floor. There were even some gigs that got mixed reactions of the stunned audience. When Bob died by taking too many vitamin B pills Andy decided to take a long walk in the  Mastbos. Somewhere in there he found the doorway to a parallel universum never to be seen again. We at Grey found the tapes and saved them from oblivion by putting them on an album from which we pressed 250 copies. Is it great? is it fantastic?  What it certainly is/ was is/ was unique!
Join Grey
Join our newsletter and stay very tuned!
Please enable javascript to use this contact form.