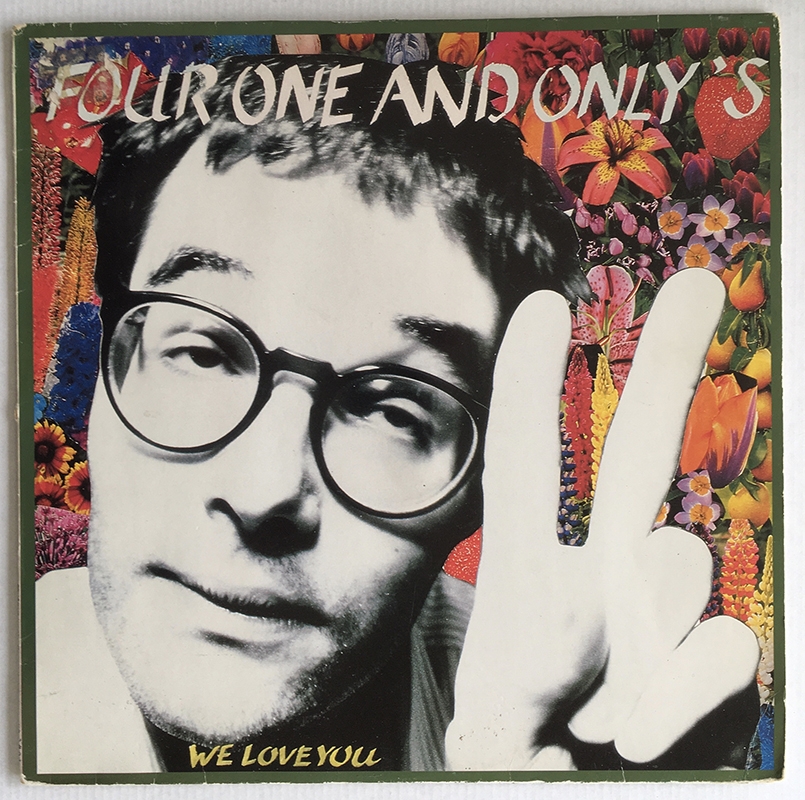 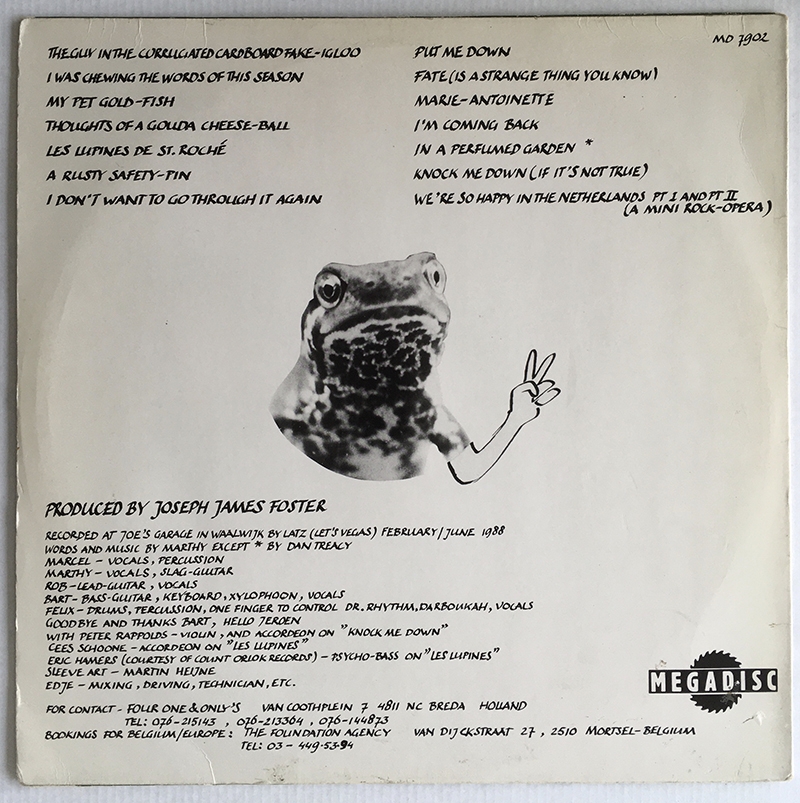 Four One And Only'sWe love you

2nd Album by Dutch indierockers.
Read more >
Out of stock
Please enable javascript to use this contact form.

The second album by these Breda weirdoes was produced by Joseph James Foster. Former bass player with the TV Personalities and house producer of Creation Records. Joe also produced the 1st Jezus and Mary Chain 45. The 2nd album is a mixture of indiepop, weird folk, punky moves and lyrics uneasily hopping between insanity, dumbness, darkness and poetry. As this was released early 1988 we might now consider the band to be weird and unique though they never reached big sales of stardom. Underground vagabonds. Until 1996 more releases would follow, all still in their own unique kindas vain, till the band disbanded.
Join Grey
Join our newsletter and stay very tuned!
Please enable javascript to use this contact form.